WANTED: INDECISIVE CLIPPERS STAT-CRUNCHER NOT LOOKING FOR A COMMITMENT TO EXCELLENCE

It’s not like we want to keep checking what’s been posted in the want ads.
But when we come across something as highly unclassified as this — the Clippers are looking for an analyst — we first check our resume to see if things line up, then we  immediately over-analyze everything.
The franchise with 48 seasons to its tax credit and a 1,562-2,326 win-loss record seeks a well-respected yet historically-naive numbers person to make it competitive.
Not an analyst, in the Bruce Bowen/TV sense. But an analytics person. A number cruncher who can dig through data and find golden nuggets that the Denver Nuggets aren’t using.
Yet even those of us digitally challenged can see how this endeavor could go underwater quickly.
Originally, this was posted on EntertainmentCareers.net last week with a deceiving job title. It has sense been removed. We decided to drag it back onshore. 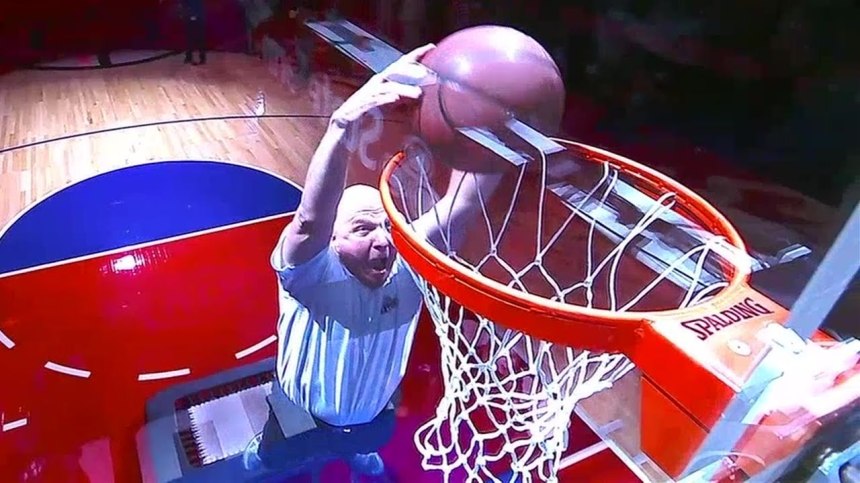 The first problem we see is how this got out in the first place. Someone already on the Steve Ballmer org chart OK’d this version first.
From the original lead graph:
“We are committed to building the LA Clippers into a hard-charging and fiercely competitive sports organization and business entity. Our front office’s focus centers on Steve’s vision, which is comprised of the following 6 objectives:
– Win NBA Championships
– Build Our Brand / Generate Profit
– Make Staples Center Our Home Arena
– Become A Beloved Community Partner
– Drive Innovation
– Work Every Day to Transform the LA Clippers into A World-Class And Globally-Recognized Sports Organization.”

Aside from the liberal use of capitalized letters in an inconsistent and annoying fashion, we find this to be such an alarmingly flawed mission statement.
Remember, the closest the Clippers have been to a Western Conference final is … never. That should be a more immediate, if not attainable, goal for now.
Winning NBA championships – with an “s” – sounds as Pollyannic as those who once shoved the Titanic into the ocean.
Also, from what we read, the Clippers are trying to build an arena in Inglewood. How does that align with Objectives No. 3 or No. 4?
And building the brand, making money, becoming innovative, yadda, yadda, yadda, has, to date, included bringing out some scary bird-brained mascot wearing Chuck Taylor shoes and scaring small children.

Onto the job summary: They want a basketball analyst for the front office, coaching staff, health/performance staff … to “report on basketball related data to help indecision-making.”
Read that again.
There is a very important space missing between “in” and “decision-making.” Or perhaps not.
The Clippers have been among the NBA’s elite in the indecision business. Or, if you look at it another way, their decisions haven’t been innovative.
Now it appears they embrace their DNA and find indecisiveness an endearing quality.
Suggestion: Hire a proofreader before another indecision maker.

Furthermore, one needs a background in math, computer science, stats “or related field(s).” I’m no accountant, but accountability has to be related at some level, correct?
Qualifications needed: Know how to work with Python, C. Java, Ruby, Perl, C#, VBA, R, SciPy, SAS, Stata, ROOT, Matlab/Octave …
OK, we’re officially eliminated. But we must read on.
“Solid experience” is also necessary with “Bayesian analysis, experimental design, linear regression, logistic regression, non-linear regression, hidden Markov models, k-means clustering, decision trees, artificial intelligence and other advanced techniques.”
Now we’re back in.
Non-linear regression can be applied to just about Everything Clipper since the franchise set sail north from San Diego to L.A., with or without hiding behind the Markov model. A clustering beyond the “k” exponent.

Now we get it: Wasted Energy equals Marcus Camby Squared.
It’s the same stuff they gloss over at In-N-Out University before they hand you the apron with the ginormous clothes pin. Because even those making $14.50 an hour can tell you that, when the family in the custom van in the drive-thru lane doesn’t wait until it gets to the speaker to explain that your menu is painfully lacking a Chris Paul milkshake, you must acknowledge that the customer is always right, and start lowering your expectations.
And as for knowledge of artificial intelligence: It has nothing to do with coaxing Allen Iverson to join the team,  even if the Clippers were part of Ice Cube’s BIG3 league.
One more thing: Applicants must be “able to work long hours on short notice, weekends and nights as needed.”
What’s the payoff? Is someone else going to alert OSHA about that one? 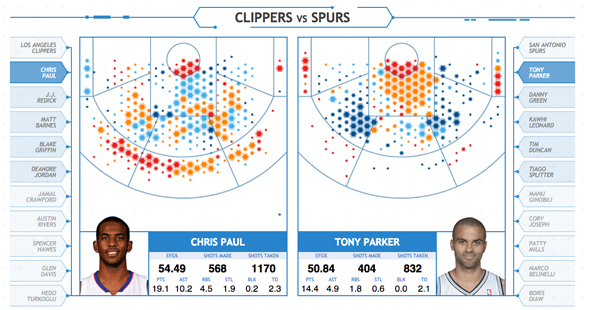 It’s no wonder that job post was removed. Another replaced it. One a bit more tidy, more realistic.
More comical than a D.L. Hughley stand-up routine.
The one posted on Aug. 1 was upgraded to “Basketball Data Analyst.”
All the “Ballmer 6 Rules” are gone, which is very disappointing. The Clippers need a compass, even if it’s pointing toward the ship going off the edge of the world.
Another no-so-good sign: Four lines into the job summary, we see the priority of “indecision-making” is still there. This validates the work current employees have put in all these years.
Again, proofreader help ain’t expensive.

They seek some “Data Mining & Big Data expertise,” which sounds like an invitation to break down the firewall to the Lakers’ software and extract whatever they can yank through the locker room walls that separate them at Staples Center. We understand the nearby Staples store on Figueroa carries that kind of malware.

The Clippers HR department also wants this person to communicate his/her findings to the Basketball Operations staff through “presentations, written reports, and tools.” Granted, the organization has enough tools already on paid staff. Just not the ones that often produce quality repair work on short, or long, notice.
(Please, replace all divots).

Alas, there is no salary listed. Maybe that’s the first project this data analyst will attempt to figure out – what is he/she worth?
For what it’s worth, this job is also posted at “NBA Career Opportunities” via the TeamWorkOnline.com site.
That site requires one to sign up, vomit out your pertinent data – experience, education, Facebook username (which seems counter-intuitive to listing any sort of education) — and then add a cover letter. Only then do you have the ability to ask any follow up questions.

First question: What if the numbers don’t add up and you show undeniable proof that the Clippers have no chance of making the playoffs for the next six years with the current front office, coaching staff and players? Are you already fired before you’re hired?
Last question: If Clipper Darrell applies for this, where is the application to fill his job, if you can actually write up a description of it?