LET’S (LONG BEACH) POST UP: HOW TOM PONTAC’S THEORY TO OUT-RUN PARKINSON’S WORKS FOR HIM

By Tom Hoffarth/Edited by Steve Lowery
Our latest piece for the Long Beach Post focuses on an 83-year-old marathon enthusiast who finds himself more about how to overcome hurdles along the course of life — such as overcoming cancer and dealing today with Parkinson’s Disease.
“To tell you the truth, I’m just happy I can still move through this earth and feel special about myself,” says Tom Pontac, who has run every Long Beach Marathon — and then some, in the race’s incarnations before that 1982 launch. Even if the last few appearances have been scaled back to the 13-mile half-marathon variety. 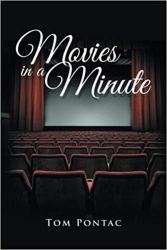 Pontac invites anyone to run the half marathon with him Sunday.
Maybe even bring a copy of his book, “Movies in a Minute: The Essence of the 100 Greatest Films Distilled into a Page or Two of Poetry” and he’ll sign it for you.As part of the Long Beach Marathon’s legacy group, Pontac has pride in “being the living link to the very first race. We appreciate the respect we get from the organizers. This really make us old geezers feel pretty special. It ain’t over til it’s over.”
If he’s not quoting Yogi Berra, then there are other inspirational figures he loves to run lines for.
“The only limitations you have is what you put into your mind. For some things, maybe the ship has said. But life is a series of choices. John Kennedy once said that ‘Things do not happen, they are made to happen.’ That’s one of the things I try to do – make things happen in my life.”
One of those, he admits, was finding his wife, Jeanne, who continues to be an inspiration to him as she works with military veterans to get their benefits.
“In a nutshell, I’m very proud of Tom,” Jeanne says. “I’ve been a part of this amazing man for 23 years. His accomplishments are many in his later years — ultra runner, completed a five-mile run in Pasadena on his 83rd birthday in April as runners sang ‘Happy Birthday,’ did a 10K race in Terni, Italy in May, helps the homeless, supports Rock for Veterans … and a terrific grandfather.”

More info on the race at this link.
Here’s the course route, with the main marathon starting at 6 a.m. and the half-marathon at 7:30 a.m.: 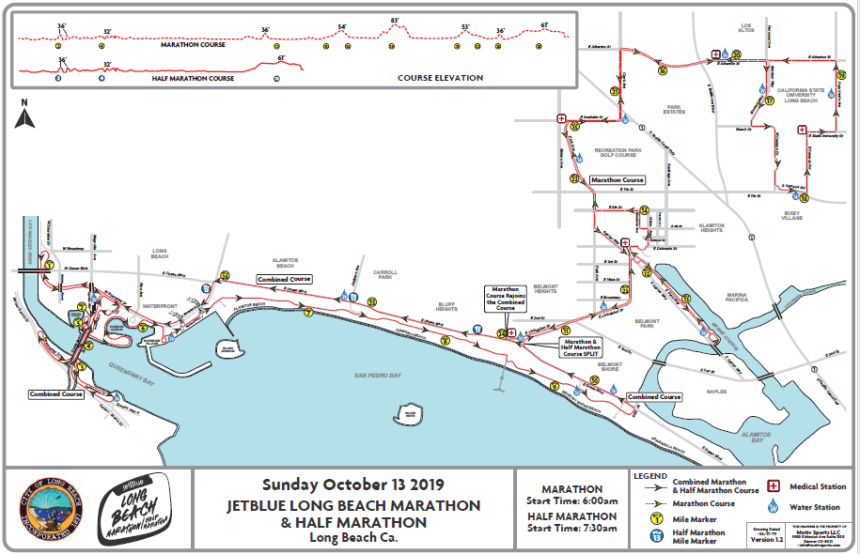 Update:
Here’s a shot of Pontac running the half marathon from this photo spread: 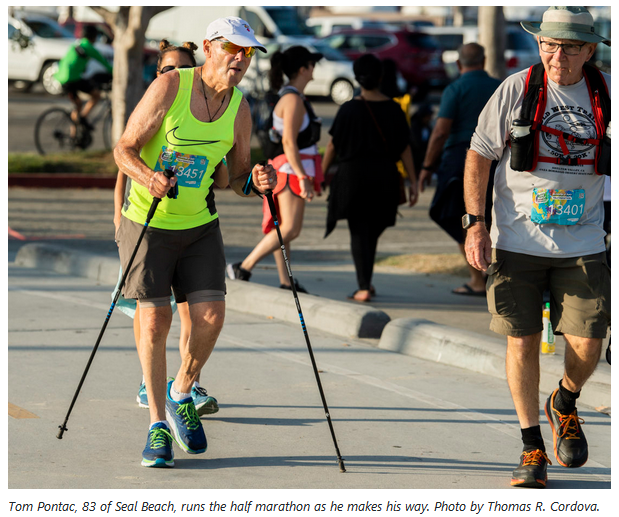