There is so much to love about this main photo of Jerry Tarkanian with his arm around his son, Danny, as they celebrate an NCAA tournament victory over Weber State in Utah during the first round of the 1971 West Regionals. Just look at the sweatshirt the 9-year-old Tarkanian is wearing as the team’s ballboy.

A year earlier, Tark took this 49ers program that just entered the Division I territory and won the PCAA, then started a series of head-to-head run-ins with UCLA in the tournament that defined them as more than just a program-on-a-shoestring. They had mined the Southern California landscape for community college talent, and more. 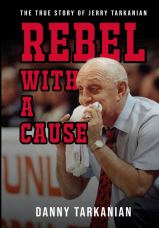 And, thanks to a new book out by Danny Tarkanian called “Rebel With A Cause,” we find out much more about the Hall of Fame coach’s Long Beach experience — four straight NCAA appearances before he went to UNLV — and the admission that he wonders what he could have done had he stayed in Southern California.
Our latest for the Long Beach Post celebrates the 50th anniversary of Tark’s first 49ers tournament team in 1970, and the legacy that continued. Please enjoy… 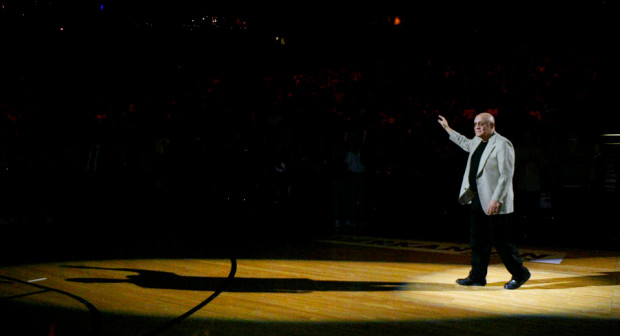